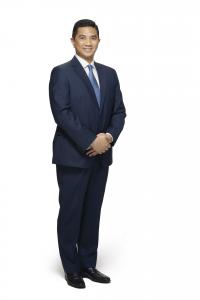 Malaysia remains an attractive investment destination for global investors with the manufacturing sector maintaining its position as a key pillar of the economy for 2022.”

During the period, the manufacturing sector continued to assume an important role in driving the country’s economic recovery, accounting for more than half (70.1 per cent) of total approved investments of RM30 billion (USD7.1 billion), followed by the services sector at RM12.7 billion (USD3 billion) (29.7 per cent) and the primary sector at RM0.1 billion (USD40.4 million) (0.2 per cent).

YB. Dato’ Seri Mohamed Azmin Ali, Senior Minister and Minister of International Trade and Industry (MITI) said, “Malaysia remains an attractive investment destination for global investors with the manufacturing sector maintaining its position as a key pillar of the economy for 2022 generating significant multiplier effects on the nation’s growth. Today, we are proud to have over 5,000 companies from more than 40 countries that have made Malaysia their location for manufacturing and related services operations.”

The Senior Minister highlighted that Malaysia will continue to focus on high growth and high value-added sectors which offer Malaysians exciting job opportunities. “Aligning to the Twelfth Malaysia Plan (RMK12), Malaysia has been securing new investments that position well with the country’s National Investment Aspirations (NIA) and Environmental, Social and Governance (ESG) principles. This will stand us in good stead to capture more economic opportunities. We look forward to seeing more significant growth for the second quarter of 2022,” he added.

The Malaysian Government has lined-up strategic and focused trade and investment missions (TIM) targeted to capture investments in high technology, innovation and research-driven industries that will complement the Malaysian industrial ecosystem. The recent TIM to USA in May 2022 was indeed a successful initiative that has secured RM16.52 billion (USD3.77 billion) in the committed investment for 2022. The pro-business administrative continues to be prudent and pragmatic in its policies to ensure that Malaysia’s investment climate remains attractive for businesses; not only to conduct business activities, but also expand and diversify existing operations.

Malaysia continues to attract high quality investments in the manufacturing sector for the period January to March 2022, reflecting the country’s competitiveness as a preferred location for investment in the region. The manufacturing sector contributed RM30 billion (USD7.1 billion), which is 70.1 per cent of the total approved investments in various sectors of the economy, compared to RM59.4 billion (USD14.3 billion) in the same period in 2021.

Expansion/diversification projects in the manufacturing sector showed positive developments, with a 106.8 per cent increase in total investments approved of RM19.2 billion (USD4.6 billion). Of the total approved investments, 90.6 per cent or RM17.4 billion (USD4.1 billion) was from foreign investment sources. This testifies investors’ confidence in Malaysia as a choice of location and to continue reinvestment in high-tech industries and benefit from the vibrant business environment and diversified domestic supply chain ecosystem that contributes significantly to Malaysia’s economy. In addition, these investments will increase management, technical and professional employment opportunities by 36.9 per cent compared to 28.9 per cent for the same period in 2021.

A total of 21,666 job opportunities are expected to be created in the manufacturing sector, includes 1,086 managerial positions and 2,562 technical professionals such as engineers in the fields of E&E, mechanical, chemical, and other disciplines, reflecting the manufacturing sector’s higher value chain transition. Plant maintenance supervisors, tool and die makers, machinists, IT personnel, quality controllers, electricians, and welders are also among the 4,343 skilled craftsmen needed for the approved manufacturing projects.

Notable projects approved during the period include:

• Petroventure Energy Sdn. Bhd. (PESB), a foreign majority owned company from Brunei will be manufacturing petroleum products in Sabah, including gasoline, kerosene, benzene, liquefied petroleum gas, acrylic, sulphur, slurry, fuel oil and diesel. This project will help Sabah’s economy to spur as the products from the refinery will create a new supply chain that will benefit many businesses. Also, the project is anticipated to create 500 potential job opportunities in the state.

In the first three months of 2022, a total of 720 services projects were approved with investment valued RM12.7 billion (USD3 billion), or 29.7 per cent in the services sector compared to RM33.1 billion (USD8 billion) approved for the same period in 2021. Once implemented, these projects are expected to generate 3,219 jobs.

A total of two sub-sectors saw an increase in investment, namely the hotel and tourism sub-sector (581.7 per cent) and other services (70.4 per cent); and one project was approved in the health services sub-sector compared to the same period in 2021, when no approvals were recorded. This is in line with the Government’s strategy in implementing the domestic travel bubble, which aids in the growth of the hotel and tourism industries.

The primary sector contributed RM169.5 million (USD40.4 million) or 0.2 per cent, of total investments approved in various sectors of the economy for the period January to March 2022 compared to RM6.2 billion (USD1.5 billion) approved for the same period last year.

The agriculture sub-sector has shown a significant growth in total approved investments (RM164.2 million (USD39.1 million), up 1,327.8 per cent from RM11.5 million (USD2.8 million) for the same period in 2021. This is in line with the Securities Policy Action Plan Food 2021-2025, which was developed to strengthen the country’s supply chain and food security.

Malaysia continues to offer comparative advantages to potential investors. This is proven by the Global Opportunity Index 2022 by Milken Institute which ranked Malaysia first in emerging Southeast Asia as the country with the most potential to attract foreign investors.

Malaysia has experienced new economic growth in 2021, with RM309.4 billion (USD74.2 billion) in approved investments in the manufacturing, services and primary sectors. Despite the unique global calamities, total FDI and DDI numbers have exceeded expectations, with stellar performance increased to 84.8 per cent from the achievement attained in 2020.

“Our efforts to keep our borders open, maintain external connectivity and ensure business continuity have given global companies the confidence to continue to site their projects in Malaysia. MITI and MIDA will continue in our efforts to identify more quality projects to be implemented in the coming years. This is something which we must strive to maintain in the years to come as the world becomes more tumultuous” added the Senior Minister.

As of 7 June 2022, there are 268 projects with proposed investments of RM14.4 billion (USD3.3 billion) in the manufacturing and services sectors that are within MIDA’s pipeline.

Moving forward, MIDA has identified 446 high-profile investment prospects including Fortune 500 companies in the manufacturing and services sectors with a combined potential investment value of RM150.4 billion (USD34.3 billion) as of 1 June 2022.