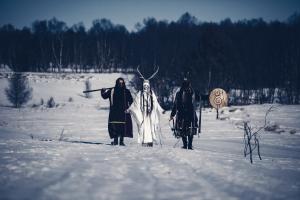 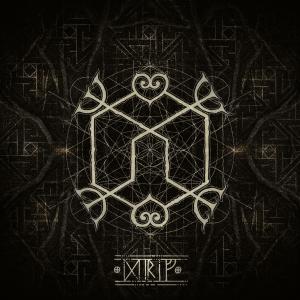 Since 2014, Heilung has extended listeners’ fascination with Norse history. “Anoana” digs deeper into the prehistoric roots of modern music than ever before.

DENMARK, August 1, 2022 /EINPresswire.com/ — In a glade, a girl attaches twig anglers to her head. She’s young, but the gesture has a significance that goes well beyond play. Her manner is that of a sorceress, and her bearing is that of a forest queen.

And twenty seconds into the ravishing, gorgeous clip for Heilung’s “Anoana,” another person appears wearing antlers made of sharp sticks. It’s vocalist Maria Franz, who rises from the sea like a shimmering apparition. She’s dressed as a Nordic shaman, in blizzard-white robes and a fringed headdress covering her eyes. There were no video cameras during the Viking Age, but if there were, what they captured would’ve looked an awful lot like this.

Such is the magic of Heilung, the folk group extending and deepening listeners’ fascination with Norse history since 2014. Heritage, tradition, folklore, runes, and ancient rituals — these are the things the group has been entertaining their listeners and viewers with. They’ve reminded us of our shared path, our oneness with nature, and the importance of myth and symbol.

They’ve also made amazing, startling, radiant music — often on the same skin, bone, and stone instruments available that Viking musicians played during the Bronze and Iron Ages. Keeping with the songs’ themes, they’ve even explored the resonant possibilities of swords and shields. Heilung’s amplified folk instruments are conduits connecting the past to the present and stark reminders of the trans-historic power of pure sound. “Anoana” is a pivotal track on Drif, their third album, a set that digs deeper into the prehistoric roots of modern music than Heilung has ever gone before. Like the album it’s from, the song is sweeping, cinematic, and hypnotic, with traces of metal and atmospheric music enlivening the folk arrangement. Like its predecessor, “Norupo” (a song with a video that has already been streamed 12 million times), the lyrics to “Anoana” are derived from ancient sources: in this case, inscriptions on golden amulets recovered from Northern European sites by archaeologists and treasure hunters.

The clip for “Anoana” involves discovering a different kind of treasure: a human life. Shot among jaw-dropping, spectacular Nordic mountain scenery, the “Anoana” video takes us inside a cavern, where a body-painted woman gives birth to a baby whose beauty is almost supernatural. The connections between the female characters in the clip — the child in the glade, the mother, the other worshippers around a bonfire, and Maria Franz herself — are powerful and spiritually consequential. “Heilung” means healing; through ritual, community, and rhythm, the group creates a testament to life renewed.