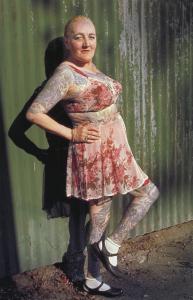 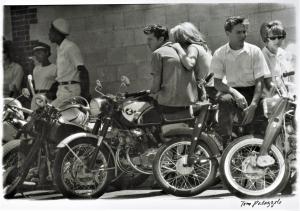 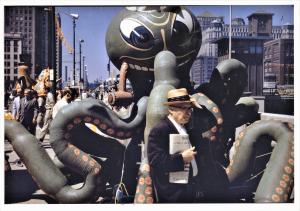 I have been a HUGE fan of Tom’s work since the 1970’s. Tom documents and interprets universal values and lost urban landscapes and eccentric true characters. Tom’s work glows with pure authenticity.”

Rare Nest Director Keith Bringe reflected, “I have been a huge fan of Tom’s work since the 1970’s. His photographs and films document and interpret universal values through lost, urban landscapes inhabited by extraordinary eccentric characters. In an age where media is dominated by pseudo-reality, Tom’s work glows with pure authenticity.”

Born in 1937 in St. Louis, Palazzolo landed in Chicago in 1960 to attend the School of the Art Institute. Palazzolo is most known for his Chicago-centric documents including photography, films, and paintings. Palazzolo’s perspective includes a sense of humor while portraying his subjects honestly. He was an important part of the underground film scene in Chicago during the 1960-70s that set itself apart from the lights of Hollywood and New York City.

Palazzolo studied most notably, with Kenneth Josephson in 1963. He received a bachelor’s degree and Master of Fine Arts in Photography from the School of the Art Institute in 1966.

Although his work is set apart, he often exhibited alongside the Chicago groups known as the ‘Hairy Who’ and the ‘Imagists’. In the mid-1960s, Palazzolo and a group of friends formed The Floating Cinematheque, a secret film society that met in apartments around Chicago. Many of the films faced the chagrin of a Chicago Police Censor Board.

In 1968, after gaining attention for his films, Palazzolo was invited by the United States Information Agency to tour the Middle East, Ceylon, India, and Turkey to give talks and screen his films publicly and to help inspire and promote independent filmmaking. In addition, he exhibited his work at the Museum of Modern Art and the Whitney Museum, among others.