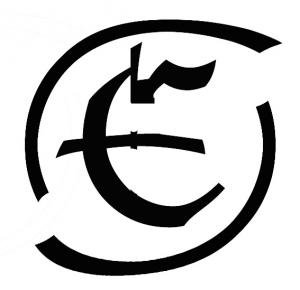 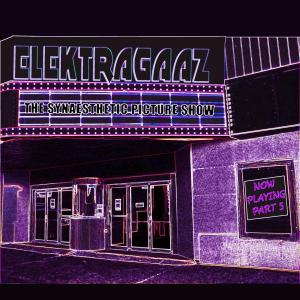 The music in the series has been greeted by almost unanimously ecstatic reviews. It has been called “masterful and original,” “mesmerizing,” “ground breaking,” “magic,” and a work of “musical genius”.”

NEW YORK, NEW YORK, UNITED STATES, June 20, 2022 /EINPresswire.com/ — The new EP by the electronic multi-fusion band, Elektragraaz, features movies for the mind including a dive beneath the waves of a sonic sea, a relentless manhunt, a saucy dancing cat, a mystery hidden behind dark veils and much, much more. The instrumental treat is the fifth in the series of six EPs comprising The Synaesthetic Picture Show Series. The music of Elektragaaz draws on such far flung influences as rock, club, techno, pop, dance, film noir, comic strips, classical music, hip hop and video games to create its musical images.

The music in the series has been greeted by almost unanimously ecstatic reviews. It has been called “masterful and original,” “mesmerizing,” “ground breaking,” “magic,” and a work of “musical genius”. Echoing a general theme, one reviewer opined that “Elektragaaz has reinvigorated and redefined instrumental music” while another commentator suggests the music “transports you the moment you press play.”

Founded in 2017, Elektagaaz combines the electronic compositions of a mysterious and reclusive Frisian composer who goes by the pseudonym of Poppo Redband with instrumental contributions on a variety of instruments from six uber-talented musicians, all from the New York metropolitan area, including Kathy Kaos on keyboards, Kosmic Kate on brass, Tom Elektron on electric guitar, Jas Windstorm on woodwinds, Josh Firebow on strings and Mat Thunder on bass.

While the music cannot be easily pigeon-holed, it might be described as Gorillaz meets Snarky Puppy meets Kraftwerk. One commentator has described the musical landscape as a successful combination of a variety of genres “ranging from the sizzle of jazz, baroque aromas, the smooth elongated flows of prog-rock, the energy of dance, and the heft of alt-rock.”

The Synaesthetic Picture Show, Now Playing Part 5, on the AIS label and distributed by The Orchard, is available on all major music platforms. Please contact Rick Eberle at [email protected] or at (516) 729-6872 for further information on Elektragaaz