Siver News
HomeTravelMexicoAnimal Cruelty is the Reddest Flag of All for Mass Murderers
TravelMexico
08.06.2022

Animal Cruelty is the Reddest Flag of All for Mass Murderers 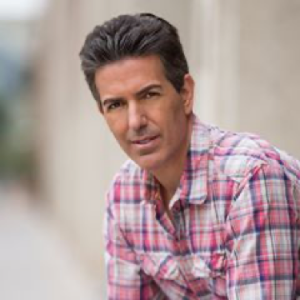 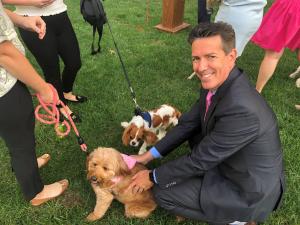 Experts suggest that up to 80 percent of school shooters have a history of animal cruelty.”

— Wayne Pacelle, president at the Center for a Humane Economy

The recent mass shootings in Buffalo, N.Y., and Uvalde, Texas, not only claimed nearly three dozen lives, they have left the nation struggling for solutions to prevent similar outbursts of violence. As our country settles on policy options, we should remember that these murderous acts are very reliably preceded by malicious acts of animal cruelty. Red-flagging the cruelty and taking action against these perpetrators of violence may prevent more abuse, mayhem, and murder of animals and people.

As media personality and animal advocate Steve Dale points out, teenage gunman Payton Gendron, arrested for gunning down 13 people in a Buffalo supermarket on May 14, stabbed and decapitated a feral cat in March, according to several sources, including the Buffalo News. “Gendron’s mutilation of the cat appears not to have been reported to authorities and didn’t become publicly known until Gendron revealed it in a racist diatribe he shared on the social platform Discord shortly before the slayings,” noted Dale.

It’s the lack of reporting that’s precisely the point and the problem. Average citizens and law enforcement are not sufficiently correlating the acts of animal cruelty with the extreme danger to come. And while the link between animal cruelty and other acts of senseless violence are understood today better than ever, we are still missing or waving off the warning signs these troubled individuals are sending to schoolmates, family members, and others in their social networks. Many of the warning signs blare before us, with these would-be murderers incriminating themselves by recounting their acts of violence against animals on social media accounts.

Dale reports, for instance, that Salvador Ramos, the 18-year-old who massacred 19 children and two teachers in a school in Uvalde, allegedly boasted to friends that he “tortured” animals.

“Let me tell you about Salvador,” says Jamie Arellano, who attended Uvalde High School with Ramos. “He would go to the park and try to pick on people and he loved hurting animals.” Ramos boasted about torturing animals and even aired some acts of animal abuse on the French live streaming platform Yubo.

None of this is new or surprising to those of us who track animal cruelty. During the 1990s, we noticed the accumulating profiles of school shooters showed teenage boys with assault-style weapons whose first strikes targeted animals.

In 1997, 16-year-old Luke Woodham killed and wounded classmates at his Pearl High School in Mississippi. Woodham was known to have beaten his dog. He placed the animal in a plastic bag and set him on fire.

Seven school shootings would follow. Each one was carried out by individual who had sent the world a message that something was amiss with them by torturing animals.

More recent was the 2018 shooting at Marjory Stoneman Douglas High School in Parkland, Fla., where 17 people were shot to death by Nickolas Cruz, then 19. A friend of Cruz had warned the FBI of his intent to harm animals and possibly people, too. According to an FBI transcript,

Cruz had brought a wild bird into his mother’s house, threw it onto the kitchen counter, and started cutting it up. When his mother asked what in the world he was doing, the future school shooter said: “I want to see what’s inside.”

The Link Between Animal Cruelty and Human Violence

Empirical literature substantiates the common and historical view that violence toward humans and animal abuse are related. That relationship is strong in domestic settings, where animal abuse is often entangled with spousal, child, and elder abuse. Witnessing acts of cruelty can result in either adopting the violent behavior (through modeling) or inducing emotional trauma. The link may also be evident in more organized forms of animal exploitation, such as staged dogfighting or cockfighting. In these settings, participants may become desensitized to the suffering of animals, manifesting dangerous social behavior and lawlessness.

As our nation debates red-flag laws to allow authorities to seize guns from people who exhibit violence, let’s make sure that the reddest flag is animal cruelty.

Investigating, punishing, and treating people who exhibit acts of animal cruelty will sidetrack or even sideline people who are the more likely to graduate to large-scale acts of violence. Treating animal cruelty as a red-flag indicator is alone no panacea, but it may be one crucial piece in a matrix of responses to social behaviors that warrant the full attention of families, teachers, social media companies, community leaders, and law enforcement.

We now have strong anti-cruelty laws at the state and federal level. Indeed, Congress, in a bipartisan fashion, has dramatically fortified our animal protection legal framework. Congress passed and the President signed the Preventing Animal Cruelty and Torture Act in 2019. In 2018, Congress tightened the federal Animal Fighting Law for a fifth time in the last 20 years, banning dogfighting and cockfighting everywhere and making the fighting and a range of associated activities felony offenses. Also that year, Congress passed the Pet and Women’s Safety Act to make it a federal crime to engage in domestic violence involving pets and people. These laws build on other anti-cruelty laws passed previously, such as the Animal Crush Law, which bars selling videos showing illegal acts of cruelty.

While federal law enforcement has stepped up its game in enforcing our anti-cruelty laws, it simply does not have sufficient capacity to investigate these cases, gather tips, and take action when cases of animal cruelty arise.

Animal Cruelty Enforcement Act Should Get Its Due from Congress

This is just one reason why we at Animal Wellness Action are pushing the Animal Cruelty Enforcement Act, H.R. 1016, at the federal level, so that our government has dedicated, expert personnel to chase down more cases of malicious animal cruelty and push ahead with investigations and prosecutions.

The mass murderers plotting their assaults provide ample reason for Congress to enact the ACE Act. But we also have organized animal-cruelty interests that create their mayhem in society. In Alabama, Kentucky, Oklahoma, and more than a dozen other states, large numbers of well-organized, cockfighting traffickers stage illegal fights states and ship animals for fights around the world. Like the juveniles who broadcast their cruelty on social media, these cockfighters do little to hide their trade, keeping thousands of birds neatly arranged in rows with each bird tethered to an A-frame hut. The cockfighters are so unabashed that dozens of them appear in videos touting their fighting animals.

One website, BeastForum, connected people with an interest in bestiality, which is highly correlated with the sexual abuse of children. It had 1.2 million users before being shut down a couple of years ago. Bestiality is banned in 46 states, and it is now a federal crime under the federal anti-cruelty law enacted in 2019. Other websites have flickered on with the same networking content.

Dogfighting, bestiality, and other malicious forms of cruelty are almost never the work of upstanding citizens obeying laws and playing by the norms in society. Domestic violence, child exploitation, sexual abuse, gang activity, drug trafficking, and other crimes are bound up with these animal crimes, threatening civil society in ways that are less dramatic than school shooters but still corrosive and dangerous.

Already, U.S. Attorneys throughout the nation are bringing more animal-cruelty cases and investigative agencies, such as USDA’s Office of Inspector General and the U.S. Postal Inspection Service, are paying more attention to these crimes. But it’s up to the U.S. Department of Justice to lead on this issue and signal to the entire federal law enforcement community that animal cruelty is not only a serious offense, but a critical indicator of future violence that must be met with tenacious action to prevent it and root it out.

Take action here by urging your Members of Congress to support the Animal Cruelty Enforcement Act.