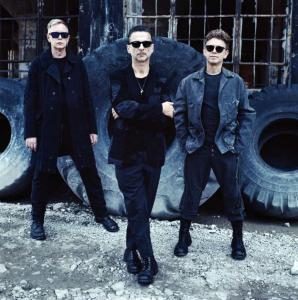 Depache Mode, named one of the greatest bands of all time by Hollywood Sentinel. http://www.depechemode.com/

Insider News about the Rich and Famous; Rock Stars, Movie Stars, and Sex Symbols now Comes out Free at the www.HollywoodSentinel.com VIP Newsletter.

The Academy of Motion Picture Arts and Sciences, in partnership with the Los Angeles Latino International Film Festival (LALIFF), introduces the 2022 Academy Film Accelerator, a five-week program that will provide filmmakers from Latin communities with education, resources and mentorship focused on the business of filmmaking. The Los Angeles-based program will begin in June and guide 10 select participants in how to navigate the entertainment industry and build an awareness of the business skills required to get a film to the screen.

“This partnership with the Academy marks another important step in ensuring that Hollywood truly represents the diversity and richness that the Latino community has to offer,” said Edward James Olmos, co-founder of LALIFF. “We are honored to be able to support these talented filmmakers by offering them the right tools for the continuous growth in their careers.”

On Friday, June 3 at 7pm, civil rights activist and community organizer Dolores Huerta will be in conversation with actress, producer, director, entrepreneur, and activist Eva Longoria to discuss how film can have an impact on social change. Huerta and Longoria will explore how communities can be empowered through authentic visibility and storytelling, referencing themes found in the Impact/Reflection gallery of our Stories of Cinema exhibition. Visitors are invited to join a drop-in tour of the gallery at 3:30pm

Nickelodeon states they will deliver a “tee-rific” golf competition with Nickelodeon Slime Cup, a brand-new special produced with key members from the team behind the popular made-for-TV golf franchise, The Match. The hour-long special will feature four teams as they compete on a “Nick-ified” golf course to reach an unpredictable final round taking place inside the iconic Rose Bowl stadium. Nickelodeon Slime Cup will simulcast on Saturday, June 25, at 8 p.m. (ET/PT) across Nickelodeon, TeenNick and Nicktoons.

“How do you feel about those things that you are giving most of your attention to? If there is something in your life that gives you negative emotion almost every time you think about it, we would do anything that we could do to get that negative thing out of our awareness.”

The Criterion Channel, which is a streaming service for classic Hollywood films, foreign motion picture, and experimental movies, features this month in June, “100 Years of Judy Garland.” Starpower Management CEO and Hollywood Sentinel dot com Publisher Bruce Edwin states, “Judy Garland in the ‘Wizard of Oz’ is what inspired me to move to Hollywood and become a producer when I was just six years old. I had a huge crush on her! And I still love her. So of course I’m very happy that Criterion is featuring her this month!”

Criterion states, “Has there ever been so much talent concentrated in one human being? Both a powerhouse singer and an actor of staggering emotional range, Judy Garland was the consummate entertainer who could embody girl-next-door innocence, vivacious vitality, and tremulous vulnerability with equal conviction.” Judy Garland films featured this month on Criterion include: Babes in Arms (1939), Ziegfeld Girl (1941), For Me and My Gal (1942), Girl Crazy (1943), Presenting Lily Mars (1943), Meet Me in St. Louis (1944), The Clock (1945), The Harvey Girls (1946), Easter Parade (1948), The Pirate (1948), In the Good Old Summertime (1949), and Summer Stock (1950).

88th Street Productions, the new feature production arm of the Oscar ® – qualifying HollyShorts Film Festival, has teamed up with Epic Pictures and their horror brand Dread on a first-look film and television development pact. Under the partnership, 88th Street will develop select horror, thriller and other genre content with filmmakers from HollyShorts selections.

The Recording Academy® has elected 19 new leaders of diverse backgrounds and disciplines to add to its 2022-23 National Board of Trustees. Effective this week the newly elected Trustees join the Academy’s midterm Trustees, including National Officers Tammy Hurt (Chair), Rico Love (Vice Chair), Om’Mas Keith (Secretary/Treasurer), and Christine Albert (Chair Emeritus) in upholding the Academy’s mission to serve and represent the music community at-large. In partnership with CEO Harvey Mason Jr., the Board of Trustees helps strategically guide and shape the mission and policies of the Academy and its commitment to promote diversity, equity and inclusion, fight for creators’ rights, protect music people in need, preserve music’s history, and invest in its future.

Heralded as one of the biggest Halloween electronic music festivals, Disco Donnie Presents is excited to announce the fourth installment of the infamous Freaky Deaky festival. Notorious for supplying dance music fans with the most ghoulish festival in Texas this Halloween weekend, Freaky Deaky takes place Saturday October 29 and Sunday October 30 at Houston Raceway in Baytown, Texas.

The Museum of Contemporary Art (MOCA) this week announced the appointment of three new members of the Board of Trustees; Corinne Opman, Jennifer Hawks Djawadi, and Pete Scantland. The new trustees bring a variety of backgrounds and a deep commitment to the arts.

Depache Mode, named one of the top bands of all time by Hollywood Sentinel. http://www.depechemode.com/