Siver News
HomeTravelFranceinterest in Scientology increases as it approaches 54th anniversary in the country
TravelFrance
26.05.2022 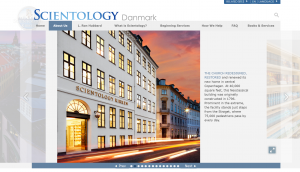 Screenshot of the website of the Church of Scientology Denmark 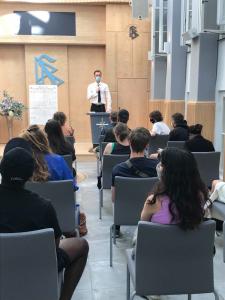 COPENHAGEN, DENMARK, May 26, 2022 /EINPresswire.com/ — While Scientologists are present in Denmark since at least June 5th 1968, since the grand opening in May 2017 of the new premises of the Church of Scientology Denmark, over 4500 high school students, groups of future religion teachers and other like-minded professionals, have toured the renovated facilities to get a grasp of this emerging new religion that is establishing landmark locations around the world.

The main interest is to clear about L. Ron Hubbards ideas, concepts on life and spirituality, as well as the practice of Scientology, but of course, also the controversies about the religion, part of the interest during the guided tours is the background of their historical place.

Scientology is accepted as a religion throughout the world. Since the establishment of the first Church of Scientology in 1954, the religion has grown to millions of members worldwide. Scientologists practice their religion in virtually every country in the world.

Wherever formal Church ministries are established, the Church endeavours to register as some form of nonprofit association with religious purposes, according to the laws of that country. The legal systems of each country often differ significantly, and Denmark is a particular one. Some have official registries of religions where all groups are obliged to register and meet certain criteria. Others take the opposite view and specifically prohibit keeping official lists of accepted religions, considering that this is not a matter that falls within the jurisdiction of the State. Governments and courts of many countries recognize, explicitly or implicitly, the religious character of Scientology.

The different approaches from countries often create confusion, but for the more intellectually curious, this is often a trigger to wanting to find out more for themselves. And according to reports from the Church, Denmark is one of the main countries with intellectually curious scholars and students, “something relevant but not surprising as Denmark is one of the most multicultural/multi background nations in Europe” said Ivan Arjona, President of the European Office of the Church of Scientology for Public Affairs and Human Rights.

A landmark Neoclassical townhouse at Nytorv 11-13, today home to the Church of Scientology, was originally constructed in 1796 by merchant and brewer Jens Lauritzen. One year earlier, fire had consumed the Nytorv/Gammeltorv district, and city planning mandated the building’s distinctive “broken corner” façade to allow long-ladder fire engines to navigate the city’s narrow streets.

According to the research done by the Scientologists, the building throughout its history served a variety of uses: a paper factory, warehouse, brewery and café. The site further served as a private residence and was home to a number of prominent Danes, including the king of Nordic poetry and author of the Danish national anthem, Adam Oehlenschläger. Carl Christian Hall, a member of the original Constitutional Assembly and a 32-year member of the National Assembly, lived there too before going on to serve as Prime Minister in the mid-19th century.

After acquiring Nytorv 11-13, the Church brought new life to the landmark, restoring many historical features including preservation of the original wood staircase built in 1885.

The whole building is now dedicated as the home of the Church of Scientology since May 2017, a celebration officiated by the ecclesiastical leader of the religion, Mr David Miscavige, and “remains a significant tribute to the past and a herald of the future for Denmark” say the Scientologists in their website.

Back to the spiritual part, Denmark is historically (and in the present too) important for the members of Scientology, since it holds the continental headquarters of the movement, where the management of the church in Europe, but also the coordination of its social campaigns take place.

For over three decades, Church-sponsored drug education groups have reached out to the country’s youth with hundreds of thousands of copies of The Truth About Drugs booklets; The Way to Happiness organization has held neighbourhood cleanups and blanketed Copenhagen streets with the commonsense nonreligious code for moral living written by L. Ron Hubbard; all while the local chapter of Youth for Human Rights has worked to uphold their national heritage by creating an annual “Awareness March” and overall reaching more than two hundred thousand with their human rights message.