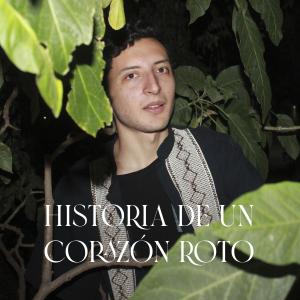 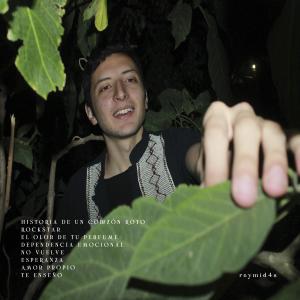 The Mexican artist wants to offer an album that can connect with different genres in the music industry, like hip hop, cumbia, reggaeton, y mariachi.

We know that HISTORIA DE UN CORAZON ROTO tells us the a story of reymid4s in different areas of his life. For example, the party is reflected in Rockstar, the story with an exgirlfriend is counted with No Vuelve, the manipulation he received before in jobs, with friends and family is counted in Dependencia Emocional, the importance of self love in life is counted in Amor Propio in a first person perspective, like reymid4s singing to that special person in the past, and he thinks that is a song that everyone can sing to that person that is hurting you, but you have to let him or let her go. The sadness when you loose that person that you loved so much in the past but now is gone is on El Olor de Tu Perfume, the spirit of overcoming and persistence is on Te Enseño, ‘’I always have been fan of the orchestral music that appears on movies, and i created Esperanza thinking on that, pure emotions and feelings while the violin, the bass and harps sound‘’.

‘’All the songs contain a very emotional meaning because of the situation they were created, in a very specific and important time in my life, when a was not feeling good with me but i had that little feeling of overcoming in mi mind‘’.

The full album Historia de Un Corazon Roto is now available on all digital platforms in the world.

The next album probably could be named ‘’feeling like a king‘’, reymid4s is thinking to tell the story that reflects how is he feeling right now with all the things and people he have around him. He wants to unite different cultures with no discrimination, and with no competition, just trying to unite the different genres in a unique one audience.

The last song he dropped called Esa Mujer is a song written by him and is a prove that he is a very versatile guy that can make any song. We asked him what is the genre that he is specialized in and he asked I AM REYMID4S, MY NAME IS MY GENRE.

This album probably will be released on 2022, even thought we do not know the exact date actually.