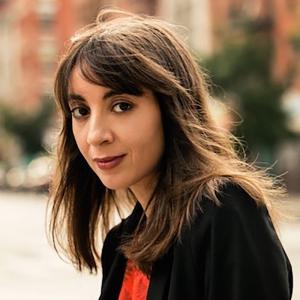 AID FOR LIFE honors Bouchra Khalili with the inaugural Terry Riley Humanitarian Award at the My Hero Gala. The award will be presented by MoMA’s Glenn Lowry.

Bouchra Khalili is one of the most daring and talented artists of her generation. I am honored to present to her the Terry Riley Humanitarian Award.”

— Glenn Lowry, Director of the Museum of Modern Art (MoMA)

NEW YORK, NEW YORK, UNITED STATES , April 29, 2022 /EINPresswire.com/ — AID FOR LIFE (AFL) honors Bouchra Khalili with the inaugural Terry Riley Humanitarian Award for the Arts, at this year’s My Hero Gala, held at New York City’s iconic American Museum of Natural History on Tuesday, May 3, 2022. The esteemed award will be presented by Glenn Lowry, Director of the Museum of Modarn Art (MoMA).

The inaugural Terry Riley Humanitarian Award for the Arts is an in memoriam tribute to the renowned architect, which will honor Terry Riley’s legacy of social transformation. The award is set to recognize artists who have demonstrated, through their craft, a solid commitment to social and humanitarian causes.

This year’s awardee, Bouchra Khalili was selected to receive the honor over an outstanding group of international contemporary artists for her careful and emotional handling of the delicate topic of forced migration through art.

Reflecting on presenting this honor to Bouchra Khalili, Glenn Lowry says, “Bouchra Khalili is one of the most daring and talented artists of her generation. Her work explores the lives of the dispossessed, the marginalized, and the disadvantaged enabling us to see and understand a world that is often hidden from many of us. In doing so she encourages us to be actors rather than bystanders in responding to those in need. I am honored to present to her the Terry Riley Humanitarian Award in recognition of her achievements as an artist and her commitment to making the world a better place through her activism and her art.”

Bouchra Khalili is a Moroccan-French artist. Born in Casablanca, she graduated in Film & Media Studies at Sorbonne Nouvelle and Visual Arts at the École Nationale Supérieure d’Arts de Paris-Cergy. She lives and works in Berlin.

Encompassing film, video, installation, photography, printmaking, and publishing, Khalili’s practice explores imperial and colonial continuums as epitomized by contemporary forced illegal migrations the memory of anti- colonial struggles and international solidarity. Deeply informed by the legacy of post-independence avant-gardes and the vernacular traditions of her native Morocco, Khalili’s approach develops strategies of storytelling at the intersection of history and micro-narratives. Combining documentary and conceptual practices, Bouchra investigates questions of self-representation and forms of resistance of communities rendered invisible by the nation-state model.

A nominee of the Guggenheim’s Hugo Boss Prize (2018) and the Artes Mundi Prize (2018), she was awarded in 2019 the Columbia’s Institute for Ideas and Imagination Fellowship. Khalili was also the recipient of Harvard’s Radcliffe Institute Fellowship (2017-2018), Ibsen Awards (2017) and the Abraaj Art Prize, (2014) among others.

The My Hero Gala is AID FOR AIDS’s biggest fundraising event of the year, bringing together cherished patrons, partners, colleagues, and friends to celebrate life and honor the individuals, organizations, and corporations who have shown the courage and commitment to help others. The gala routinely attracts 250+ attendees from diverse backgrounds, including business, healthcare, philanthropy, diplomacy, public office, media, and the arts.

For more information on the My Hero Gala, to become a sponsor, or to purchase tickets or tables, please visit https://aidforaids.org/my-hero-gala/.