Arfu, The Talented Indian Artist and Rapper From DC, is Voicing solidarity with his unique music 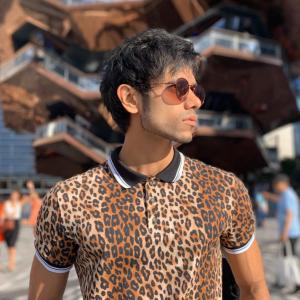 The new single, “Leveling Up” is now available on all leading music platforms.

UNITED STATES, April 25, 2022 /EINPresswire.com/ — Arfu is a well-known Indian artist who is currently living in DC. After the success of conscious rap music like “India”, and “George Floyd Freestyle” that voiced solidarity and energetic fast rap music like “Chasing the game” and “Blast Off”, he is back with his new track. His new track “Leveling Up” is now streaming on all major music platforms. Arfu is famous in the American music industry for his experimentation with music which he began during his late teenage days. His love for poetry has a significant influence on his music.

Arfu is inspired by poetry’s intrinsic value and has a long history of making aesthetic music that transcends the senses. He is dedicated to writing music that captivates, connects, and leaves listeners wanting more.

Released on 8th April 2022, “Leveling Up” has beats with a jovial vibe. The beat has a melodious piano-style sound with a fast rap flow. The lyrics in the song depict a valuable convention because it tells us that staying persistent and attentive is a fantastic approach to gaining success despite rejection. Getting out of the comfort zone is the best approach to making aspirations a reality. In the end, inspiring others is a means to be remembered indefinitely. The song has been well received by the audience.

The MC, artist, and musician released his first extended play, ‘Lyrical Mansion,’ in 2019. His track ‘India’ was an amalgamation of trap music and conscious rap through which Arfu tried to be the voice of millions of Indians. It depicted the various problems existing in the country of 1.2 billion people. He exclusively released this song to show solidarity with all those marginalized. He continued to do so and released a freestyle music video commemorating George Floyd and adding to the cause of the BLM movement. He actively advocates for social good.

Speaking to the media, the artist who has been featured in popular Indian media outlets like Times Of India shared, ‘I am inspired by lyricists such as Logic, J-cole, Joyner Lucas and Drake and the melodic insights of artists like G-Eazy, Kendrick Lamar and Travis Scott. I have built up my novel style, which I portray in my music. My work ethic rotates exclusively around my fans, their ordinary battles, and triumphs. My fundamental objective is to keep on striving and help others change the world, not through force but through complete solidarity. Remember: Life is a reflection; you get whatever you give. Music is about aligning our emotions with the universe, articulating feelings, and expressing vision.”

Arfu’s music career has been a roller coaster ride. He worked on augmenting his rap skills by participating in open mics and cypers during his journey, which landed him a feature in the Times of India. In India’s hustle-bustle Silicon Valley, Arfu emerged as an unprecedented talent. He switched his flow, developed conscious rap, proclaimed solidarity, and made prank rap films to entertain his audience. His main goal is to use the energy contained in music to communicate a message to a big audience. Arfu has collaborated with several mix/master engineers, including Clown Media Services and The Red Room, whose musical variety is well-known in the region.

Arfu additionally likes to channel his musical vision through creative music cover art and visuals. He admires emerging graphic designers such as Avirath Gowda and Linda Lopez, who have assisted him in turning his imaginative concepts into tangible reality through his song cover arts. He calls himself a team man and believes teamwork has been an integral part of his grinding journey to success.

“Designers and Engineers have helped me a lot. Music is not only about audio but also using visual interpretation of Music Art through artistic designs and visuals.,” he shared.

To listen to Leveling Up, visit http://hyperurl.co/leveling-up/