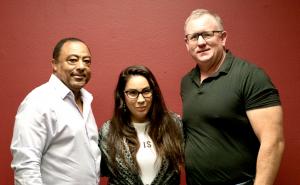 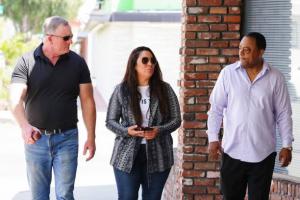 The feature is currently in pre-production and is set for principal photography starting June 20th, 2022 in various locations within the Los Angeles Area.

Mendoza partnered in a joint venture with Gregg Sharp (G2F) and Curtis Elerson (One-Shot Films) for the film earlier this year.

The script is in its final revision and the trio is gearing up to prepare for this action-packed, women-empowerment-driven storyline.

Gregg Sharp, one of the three Executive Producers, has been involved in the entertainment industry for over a decade specifically in the sports entertainment genre. His desire to grow and thrive within the entertainment field was capitalized upon once he met his business partner, NYU Tisch Graduate, Liana Mendoza. The choice to comprise a Joint Venture agreement for this project was inked and captured by photographers on April 21, 2022, in their Burbank, CA offices. The contract between G2F CEO, Gregg Sharp and Eyedeal Image Productions CEO, Liana Mendoza who are both Executive Producers on the film, solidified their first project of many already slated that they will produce together for many years to come.

Curtis Elerson of One Shot Films, Executive Producer on the project, initially reached out to Mendoza with the vision of making her the lead of an action-heist film and Mendoza immediately signed onto the project. “Liana having a background in stunts and martial arts made her the perfect leading lady for my original concept”, says Elerson.

Manish Roshan
Cbherald.com
manish@cbherald.com
Visit us on social media:
Other